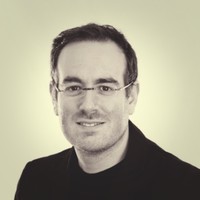 Memcached is an in-memory key-value distributed
caching solution, commonly used by web servers for fast content delivery. Keys with their values are distributed between Memcached servers using a consistent hashing technique, resulting in an even distribution (of keys) among the servers. However, as small number of keys are significantly more popular than others (a.k.a., hot keys), even distribution of keys may cause a significantly different request load on the Memcached servers, which, in turn, causes substantial performance degradation.
Previous solutions to this problem require complex application level solutions and extra servers. In this paper, we propose MBalancer–a simple L7 load balancing scheme for Memcached that can be seamlessly integrated into Memcached architectures running over Software-Defined Networks (SDN). In a nutshell, MBalancer runs as an SDN application and duplicates the hot keys to many (or all) Memcached servers. The SDN controller updates the SDN switches forwarding tables and uses SDN readymade load balancing capabilities. Thus, no change is required to 1Memcached clients or servers.
Our analysis shows that with minimal overhead for storing
a few extra keys, the number of requests per server is close to balanced (assuming requests for keys follows a Zipf distribution).
Moreover, we have implemented MBalancer on a hardware based OpenFlow switch. As MBalancer offloads requests from bottleneck Memcached servers, our experiments show that it achieves significant throughput boost and latency reduction.